Mueve La Cintura! – That’s exactly what we will be doing after watching the new Pitbull video featuring Tito El Bambino and Guru Randhawa. The video opens with ‘The Chico, […]

Pitbull? Tito El Bambino? El Alfa in one? ‘Imaginate’ THAT!

An edgier twist on ‘Rica y Apretadita’ by El General from the 90’s era! Just like the song the video features a wise independent Natti Natasha for whom Pitbull and […] 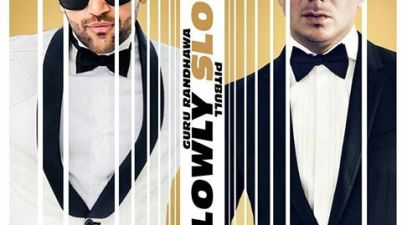 Pitbull brings desi flavour to Miami, mixes in some Spanglish and throws some Punjabi hip hop beats out worldwide with the latest single Slowly Slowly Guru Randhawa. We know he […]

ACOUSTIC FIREBALL WITH LEO BROOKS & THE MOST BAD ONES

We thought he never was but looks like he may be burning out just a little! Move over Pitbull! Check out this great acoustic version of Fireball with Leo Brooks […]

Playboy partnership, Playboy mansion and now the international Playboy continues the bunny theme and gets a little ‘Who Framed Roger Rabbit’ on us in the new Fireball video released today […]