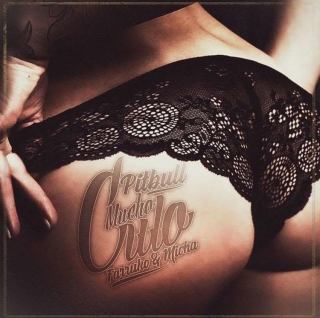 We all know Pitbull has a thing for a capacious Culo! From the iconic CULO from M.I.A.M.I with “Mami got thighs like Trina and JLO” to connecting the famous JLO derrière again on a twist on Ain’t It Funny as Mr Worldwide swoops in with “It must be the ass that got me like…damn!”
Produced by Pitbull’s very own DJ Chino Mucho Culo featuring Farruko and El Micha Mucho Culo brings a Latin spin on Trap, dropping an infectious, Southern flavoured dirty beat. Bringing delight to the ear of an old school Pitbull fan, capable of probably sliding easily into his first album somewhere near Dammit Man and being current too and holding its own with potential as being timeless.
Different beat, different style, different Mr Worldwide and vibe but overall a welcomed one!
A head bopper in the clubs to an in the car ‘belt outer’. Watch out Mucho Culo the song is aqui preview it on DJ City!