PITBULL TO GUEST STAR ON EMPIRE

‘No Doubt About it’ Mr 305-Worldwide has been confirmed as a guest star in the hit and personal favourite hip hop drama, Empire.

We all know Pitbull loves a bit of Fox TV & now it’s time to go get another ‘Cookie’ in the jar of that channel-it’s world famous all star show which includes Terrence Howard, the feisty Taraji Henson, Jussie Smollett, Trai Byers, Byshere Gray and many more with other regular guest star music artists. 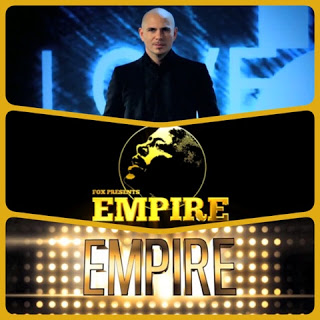 Pitbull will be singing ‘No Doubt About It’ with Jamal (Jussie Smollett) in the second series. Jamal’s vocals and style seems like a good fit. Yes, looking forward to that! Sure they will compliment each other and the song will be available to purchase at some point ( but let’s have a sneak peak Empire/Fox/Pitbull?)
As Pitbull’s own empire and venture grow, both Pitbull and the word ’empire’ itself go hand in hand and could’t be a better fit. Let’s hope for a similar Latino music series like this in the future with a global reach -created, directed and starring Pitbull along with other Mr 305 Inc artists at some point in the future. Soon. The world is yours Pitbull and the possibilities are endless as is our support.
Very, very exciting times indeed. As a Pitbull fan and a fan of the show itself.
Let’s see what happens when you mix a Lyon (Lion) and a Pitbull!
Dale EEeeeYAW!