What January blues? We’ve been hit by another dopamine drop by Pitbull with AAYBO and Ero808 – Right or Wrong. Mr Word wide stamps his own brand of magic on […]

Before Daddy Yankee hangs the mic up for good. We’re treated to the final album, Legendaddy. Bringing in the big guns, the album features the single HOT with ‘yours truly, […] 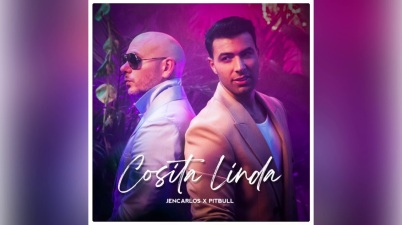 Even on his 40th birthday, Pitbull is the gift that doesn’t stop giving along with Jen Carlos as they release Cosita Linda through a Billboard Premiere. Jen Carlos and Pitbull […]

Mueve La Cintura! – That’s exactly what we will be doing after watching the new Pitbull video featuring Tito El Bambino and Guru Randhawa. The video opens with ‘The Chico, […]