PITBULL AT THE EMERGE AMERICAS CONVENTION 2015 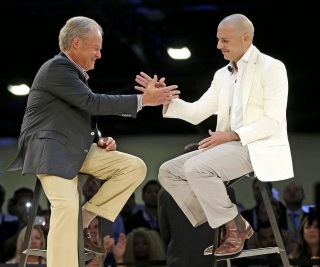 eMerge Americas convention in Miami took place between the 1 – 5th May packed with interactive workshops sessions, notable keynote speakers and summits. The concept behind the conference lies the intention to serve as a place to unite industries and individuals within to connect with their cutting-edge ideas. With key players from various industries such as Health, Finance, Media, Entertainment and Gaming amongst others.
Pitbull was a keynote speaker at the event. Engaging and intriguing as always while stirring up questions, taking the mind down mental avenues we didn’t even know existed and illuminating light bulb moments.
A visionary, Armando proves to make goals materialise in music and business whether it be music or non-music related. As fans we are aware of Pitbull’s goals, his admiration of innovation and creativity and making something out of nothing,
the super entrepreneur and all round business man that also branches outside of music talks about the biggest mistakes the music industry has made. Going onto talking about how the music industry makes more money for other businesses but itself, what doesn’t worry him about the music business that worries others in the industry and more. Telling us more about his new channel on Sirius, Globalization. Getting people to realise what an asset technology is to music and work with it rather than fighting it.
eMerge America’s Mission statement is “To serve as the catalyst for establishing Miami as the technology hub for the Americas in order to propel innovation and investment in South Florida and Latin America” It has also been said that the idea behind eMerge Americas is to be “a global idea exchange focusing on how technology and innovation are disrupting industries” –Emphasis also on the word ‘disruption’  Cue Pitbull to share his wisdom with the innovators and entrepreneurs  and be well on his way according to his plans of causing ‘history’ and ‘disruption’ starting with his home town.
As Mr 305-Worldwide rang in the Nasdaq closing bell on Monday 4th with others, explore more about eMerge and Pitbull’s views at the conference and CNBC’s reports on the links below. An absolute must.
Dale!
http://emergeamericas.org/