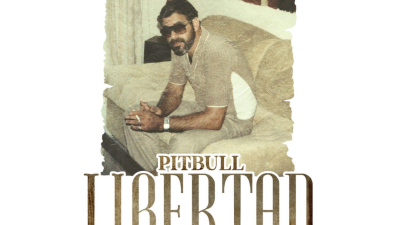 Pitbull delights fans worldwide with the launch of his 11th Studio album Libertad 548. Looking outside-in at first glance the cover too is a tribute to Pitbull’s Late father of […]

Pitbull? Tito El Bambino? El Alfa in one? ‘Imaginate’ THAT!

3 To Tango & How Pitbull Does Math!

Put your sunglasses down it’s time to tango as Pitbull simultaneously throws in song and video for his latest song, 3 To Tango. A bumper bonus three. Pitbull, music, visuals […]

Ay Ay Ay! Pitbull adds his magic onto Kim Viera’s latest single.  A fierce and sexy vibe with instant appeal with an infectious hook that is still buzzing inside the […]