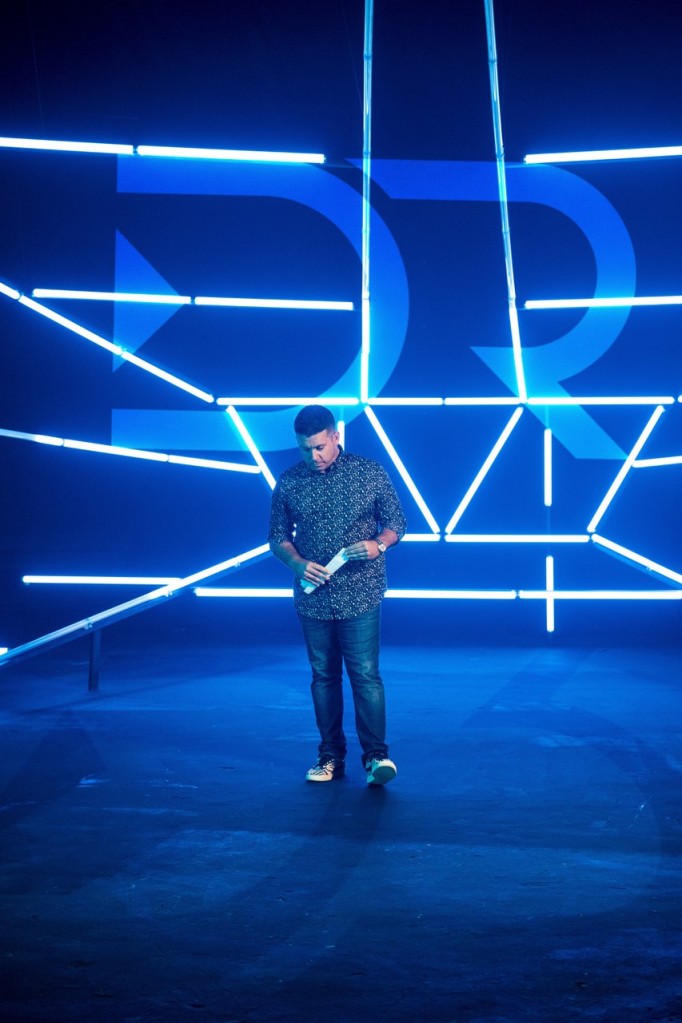 Born in Venezuela to Cuban parents and growing up in Little Havana in Miami, David Rousseau then took on the bright lights of Hollywood where he worked in television producing Emeril’s Florida after which went back to the ‘pineapple’ to go onto making music videos with his production company CREATIVESEEN in Miami.

David Rousseau has directed countless Pitbull music videos from the iconic Rain Over Me, Three to Tango, Bad Man, International Love, Me Quedare Contigo and recently co-directed Mr Worldwide’s Covid-19 relief fundraiser I Believe That We Will Win, to name but a few.

A visionary genius that he is, David feeds more to the imagination of Pitbull songs through powerful themes and visuals. Invigorating the songs even more and taking them to the next level. Connecting the artist and fans at an even deeper level by pushing and breaking borders through compelling creativity and dynamic images. David’s videos don’t ask us to engage. They simply arrest the attention and take it. 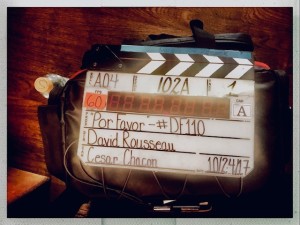 Watching and understanding between the lines of the themes of his videos, it is clear that the music is closely studied with great detail by David to meet the essence of the song and vision of the artist. Creating videos that are relevant, resonant and captivating.

Having worked with global heavyweights in the music industry such as the likes of Pitbull, MAGIC!, Marc Anthony to Lil Wayne and many more, it soon becomes apparent that part of David’s signature style seems to be one that can relate to the audience of an artist of any genre. Giving fans an overall exciting viewing experience.

Without further ado, let’s go and see what the world renowned video director has to say.

Hi David, firstly thank you for taking the time to talk to me and share more about yourself. You are my favourite Pitbull music video director so it’s an honour to be able to talk to you! Thank you.

When did you first discover your passion for visual production?
My parents always gave me the freedom to dream. They encouraged me to live out my dreams too. They understood that I was different. That I was a visual learner and always had my head in the clouds! (laughs). But instead of discouraging that, they pushed me to figure out a creative outlet. For that, I’m very grateful. And lucky too.

My father got me my first video camera when I was nine and encouraged me to film short films with my friends.

Tell us more about CREATIVESEEN…
CREATIVESEEN is my ‘stage name’ It’s my outlet for dreaming. It’s my production company which I established in 2007.

How was it moving from television production to directing music videos and what made you move in this direction?
Growing up in the inner city of Little Havana, Miami – that’s a long way from Hollywood. So I had to figure out my road map, my ‘GPS’ to achieve my goals.

Television production was my foot in the door. My opportunity to learn quickly on my feet and pivot when things weren’t going as scripted. And that’s really also a life lesson. After achieving many of my goals in music videos, I branched out to directing network promos and commercials. I worked with brands such as ESPN, TNT and Budweiser.

More recently, I’ve begun to develop long form TV shows. I have two series in final developments now, we should be filming both of them later this fall.

How would you describe your personal style?
My style…I love collaborating with artists to find out what vision they have and from there we cultivate the creative! I love colors and stylish frames. I want to create moving pictures.

I’d love to get inside your head! So many creative ideas! For us that don’t understand the process, how do you go from brief to the final product of a music video?
You sit and listen to the song over and over again. Find something that you gravitate towards – be that the lyric or the melody. From there you set your mind free. You imagine the visuals. You put the ideas on paper, rip that page up and start again. The delete button becomes your friend until the space bar becomes your lover (laughs).

As soon as you are confident about your brief, you share it with the artist and the label. They help mould the creative to best suit the song and artist.

Where would you say your best ideas and inspiration come from?
From music. I listen to a broad range of music. I love Tycho, Shigeto and Washed Out. That inspires me! Photography books as well, such as books by Herb Ritts and Richard Avedon. But most of all, it’s my surroundings. People I meet, new places I visit.

How did you come about working with Pitbull?
I met Pitbull in 2005, one of my closest friends producer and engineer
Adrian Santalla introduced us. I’ll always be grateful to Adrian for that introduction.

Pit and I spoke and talked about building something great together. He had a clear vision and I had a clear mind (laughs). Our first collab was ‘Be Quiet’ in 2006.

That’s a super cool video – a very raw ‘Lil Chico’ vibe. So you and Pitbull began the journey together at the beginning of his career just before it took off worldwide…
Yes, so this year will mark 14 years of us working together. It has been an incredible ride. Because of the work we’ve done, I’ve travelled the world and met amazing people.

14 years of making history. What’s it like working with him?
Working with Pitbull is like working with family. I understand his vision and his desire to never settle. We push each other and through the years we’ve created some pretty special videos.

But more importantly, we’ve stayed friends and we trust each other.

More recently you’ve been involved in the making of the video for Pitbull’s global anthem to support Covid-19 relief efforts, I Believe That We Will Win….
Pitbull’s passion for this song set the tone. He wasn’t going to let a global pandemic stop him! He asked me and Gil Green to come together to co-direct. We knew the limitations with social distancing. But we made it work and came up with a concept we hope will inspire.

‪It’s such a great video. Thank you for letting myself and many other fans be a part of it. How did the idea and overall concept come about?
This was really a collaborative effort. Myself, Gil Green and Pitbull sat around a table and worked out the entire concept. The idea was to connect him with his audience and fans in a way that was impactful and mirrored our current state of interacting with each other.

‪There’s A LOT of laptops! How long did it take to set them up in rows?
We spent an entire day with our art department setting up all the monitors and testing videos so we could achieve the impact of him performing to an ‘audience’ – social distancing with technology.

‪What kind of challenges did you encounter filming in the current conditions?
We all wore masks and gloves – it was a very small crew and we kept six feet apart. We knew the importance of the message.

‪What aspect did you personally enjoy the most about directing this video?
For me this video represents strength and providing people with hope. That things will get better, and fear isn’t the way out of this.

What are your top 3 Pitbull videos that you are the most proud of?
1. Rain Over Me
2. Give Me Everything
3. Timber

Speaking of the Rain Over Me video. This recently hit over a billion views, Congratulations…
Rain Over Me is my favorite video I’ve ever directed. My team and I really gave this project everything we had. We filmed in the 29 Palms desert in California. We wanted the video to be epic. Something people would be watching for many years.

Quick factoid! That’s me driving the BMW at the beginning of the video. Pit was late to set and we had to get the shot in and so I took the wheel. A great experience!

Literally grab the wheel to save time! It must have been such an experience on an usual set. Where there any testing situations while filming?
Temperatures reached over 140F. Crazy conditions. We had sandstorms knocking our lights down and almost topple our sets over!

The heat was unbearable at times. The kind that disorientated you. I remember going to the bathroom inside the trailer, coming back out and not knowing which way I was walking to!

Have you ever been star struck or in awe of anyone else you have worked with outside of Pitbull?

I have to say that ‘3 to Tango’ was truly special because I got the opportunity to work with John Travolta. Who of course is a legend, but more importantly was my dad’s favorite actor. So that was truly special, I know he would be so proud to say his kid worked with Travolta. 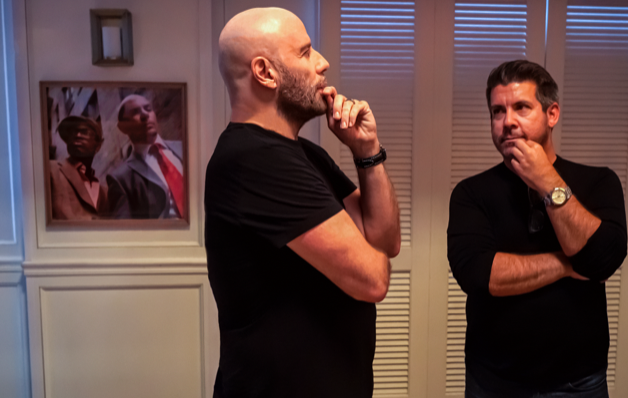 What a special moment for you… When it comes to music videos how long on average do they take to make?
From start to finish. It generally takes 3-4 weeks.

What has been the most costly video that you have ever made?
Rain over me – we brought water to the desert!

Tell me about any other momentous points in your career so far..
So many. Working with amazing artists like Pitbull, Lil Wayne, Marc Anthony, Christina Aguilera, Becky G, Enrique Iglesias….

What challenges are there as a video director?
Staying relevant and inspired. Always pushing yourself.

Outside Pitbull, what video have you directed that means the most to you and why?
I would say ‘Rude’ by MAGIC! It was such a simple love story. But it connected with so many people. My first billion views video!

What do you enjoy the most about your job?
That I get paid to dream big! No two days are alike.
Never stop dreaming. Never give away your ideas.

Thank You David, it’s been an honour and a pleasure. Thank you for all the wonderful Pitbull music videos and I look forward to many more in the future!