Serina Jan 21, 2015 Leave a Comment
Mr 305 Inc’s Jamie Drastik carved out his own distinctive and remarkable sound which exudes through his music. Pitbull once said Jamie was going to be the Ben Affleck of music. This ‘White Boy Wasted’ came ‘Outta Nowhere’ and is storming through with hits that positively slap you in the face, stop you in your tracks and take control of ears and mind.
Praised by other key players in the industry such as P.Diddy, Jadakiss and fellow Mr 305 Inc’s Fat Joe, Jamie has a list of collaborations under his belt not only with mentor Pitbull himself but also the likes of Havana Brown, Kelly Rowland, Flo Rida, Danny Mercer, Shawn Vanbrocklin and many more.

Jamie Drastik’s lyrical skills and overall flow are exceptional and stand out amongst other styles. Meaningful lyrics and not rhymes for the sake of rhymes. Lyrics which command the attention and not just make you simply ‘hear’ but demand that you listen, pay full attention and digest the messages and experiences that Jamie Drastik delivers so well. As Jamie has done so powerfully in his latest album Jump The Decision.

Jump The Decision is packed with varying sounds, themes and rhymes that leave a lot of ‘food for thought’.

The first track is The Decision which is incredibly ‘moving’ with the capacity to strike a strong chord for anyone chasing dreams and wanting to be successful. Not only words of encouragement such has having to jump and “take a leap of faith”. But Jamie also takes us through other associated thoughts and emotions that we can relate to in one context or another  “Butterflies in my stomach. There’s a chance that I could plummet, you know how much I want it..” With where that sink or swim feeling sets in “When I jump imma die or fly, I make my decision in the sky”  To the other side of the many ‘advisors’ in different shapes and forms “Telling me what I shouldn’t do, funny thing is that tells me all about you, can’t let your fears be my fears” Time to take things in his own hands as Jamie tells us “There’s no difference from doormat to dormant” fighting through and being in the “Eye of the storm with the eye of the tiger”
Broken Boomerang featuring Shawn Vanbrocklin vacuums you into a whirlpool of emotions with the story in the song “They told me if you love her then you let her go, I learned if you love her then you never let her go, whoever said that was not credible..But I believed that. Incredible” and the song goes on as verses show hurt and mixed emotions, things getting sour, regrets. Another MUST listen to song on the album.

From the deeper tracks to the lighter such as Set You Free featuring Andrew Martinez with an infectious hook and have you toe tapping and head bopping or to straight ‘dance, move, slide and groove’ just let loose go with it and let Jamie set you free! He thinks he likes it/her but I’m pretty sure I love this song. Be Mine featuring Stephen Gage is a feel good mellow and soft summer track.

Switch Kicks is a refreshing song about looking at and respecting things from a different perspective, something his mentor Mr Worldwide also lives by and begins with Jamie living through the eyes of a woman getting the kids ready and heels on (and later complaining about walking in those mother f***** heels all day! ) to other thoughts and strings of questions of being with someone pursuing their career. To being true to yourself and doing what you do. Listen out for that verse when the email comes through as Jamie’s flight lands that starts with “Word up Pit” 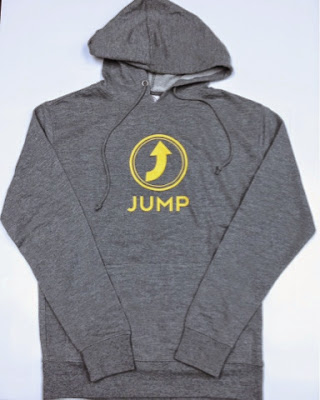