The highly anticipated official Bello video with El Mayor Clasico featuring Sensato has officially been released. It’s crazy and fun enough to have you climbing the poles right from the start of the video.
Speaking to Sensato in London last month, the Del Patio gave absolutely nothing away when asked about the teasers. From a glittery gold hat, oversized bow tie, rocking some kind of braids, funky glasses to a wig something in between Morticia Addams and Cruella Deville the official Bello video shows us an even fun and playful side to Sensato!
Click on Sensato on the right to watch Bello ( yes, It’s REALLY is Sensato) 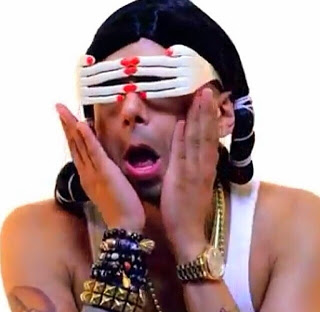