ALL NIGHT WITH PITBULL & DAVID RUSH!

As featured on Planetpit.com 18th February 2013 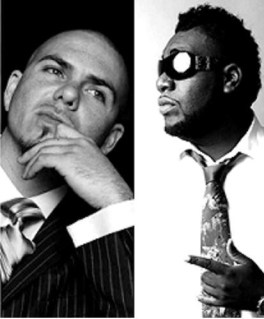 In the last few days we were presented with the release of a little surprise remix by Starkillers of All Night by Pitbull and David Rush. Under the instruction of Captain Pitbull we are told ‘Don’t stop the party’ Hence, we need to move onto the next venue. So here is your invitation. The dress code is bikinis and swim shorts (or Speedos if you’re into budgie-catchers!)  Better still just keep them on from the last video of Pitbull’s recent track.The venue is Ibiza and there is only one party track on loop all night, which is All Night.
“From the bed to the floor, from the windows to the wall” and heading down to create a high impact energetic dance explosion on the dance floors is straight where this tune is heading. A potential summer anthem and with the party season kicking in quicker than you can say Dale or Rushia (Russssshiaaa – there’s an art and style of saying it too!), this tune is one you can see rocking the clubs from Miami to the European party central Balearic Islands this year. In all of Pit’s career, I don’t think I have heard an infectious dance mix like this before and the song still managed to pleasantly shock and surprise. I think by now we really shouldn’t be surprised to be surprised any more!
There was a time when certain music just stayed within their boundaries, let’s take rap and hip hop as an example, and it was frowned upon should ever an artist ever venture out of this genre or allow any other ‘different’ mixes of their song if this was their foundation style. Now the game has possibly changed beyond more than anyone may have envisioned  twenty to thirty years ago and sees hip hop, rap and dance having a three way marriage and having the best sex they could put together on a song!
With banging beats that have enough attitude and force to bang down the doors at the Ministry of Sound, I have to say that the Starkillers have truly lived up to their name of creating unique tracks that don’t sound like the DJ and producer next door by creating this ‘in your face’ music which in turn is mentally provocative and arrests your attention.
All hail King Pitbull once again adding a classier and seductive spin on the combination of words from Lil’ Jon and East Side Boyz as he get(s) low and of Ludacris, as he indirectly asks us what’s our strobe light triggered fantasy as he prepares you for what is about to hit you next. Teasing you with having  “just one more drink, I take you home tonight” Cheers to Voli for getting him feelin’ right!
But the gravel-like sexy sound of Pitbull and the Starkillers skills are not the only elements that are striking about this song. I’m talking about Mr 305 artist David Rush who adds more of his special out of this world magic with his distinctive, sexy, commanding voice and style of rhyme driving the ladies hot, wild and boiling like water for tea in a kettle. Rushia, with that effect I don’t think you can blame the ladies for wrecking your place like the Tasmanian Devil! Watch him spin you and your mind around like a CD when he takes the track onwards to the next part of the journey and onto another plane, that is  ‘moon high.’ If you don’t quite understand what I’m talking about then your homework for the week is to go and find out on Welcometorushia.com. Watch out for the David Rush effect in 2013 you heard me say it here first!
My body always breaks free from my brain and I can’t seem to stop shaking it to this highly infused mix. Pardon me, sorry what’s that Pit? Oh one night two girls? Oh no…. one track, two hot rappers…Cuban, Panamanian. Easy on the ear too and can definitely listen to them ‘All Night’ …(Now where did those keys for the test drive go…?) You can listen and own this fabulous mix on Ultra Dance 14, Download from iTunes now.
Serina – Pitbull Fan Unleashed