BOY can that man hold a note! Vocals on point as was the salsa on stage. Marc Anthony Live is another experience altogether. Marc Anthony gave us a medley of his hits one after another including Mi Gente from his film with Jennifer Lopez El Cantante to others such as Ahora Quién and had everyone up on their feet most of the night. Couples dancing away in pairs throwing some salsa moves into the limited space. While others fist pumping along with Marc in the crowd who was visibly touched by the turn out, response and energy from the fans. One lucky girl got close enough to the salsa God as she was serenaded by a kneeling Marc Anthony on the edge of the stage.

Thongs, bras to flags were thrown on stage at him. “Somos Latinos!” We’re all Latinos Marc said as flags from Mexico, Puerto Rico to Brazil were thrown on stage th as he collected each one and gave it a place on stage. Even draping the Rainbow Flag on his shoulders as he danced away.

Who knew Marc Anthony knew his way around a set of drums? Marc went on drumming along with his band for quite some time to everyone’s delight. Marc Anthony’s band were absolutely phenomenal and set the night along with Marc on fire.

One thing that dazzled apart from singing was Marc’s ability to Work.Every.Inch.Of.The.Crowd. Every bit of the arena CONSISTENTLY. Always conscious and acknowledging the various sides and levels ALL the time. Put it this way, I’m sure the fans too in every inch of the arena felt the love right back. Towards the end teasing the crowd who were screaming through a pitch black venue  “Otra! Otra!” Before Marc finally jumps back on stage closing with Vivir Mi Vida sending the crowd wild and singing back and that was the end of the show “La-Laaaaaa-La-LaLa!”

However, sadly It didn’t Rain Over Me inside the O2 Arena. Perhaps an appropriate decision- I don’t think the Arena would be quite rain-soaked enough without Pitbull for this song in particular.

It was extremely difficult to keep still in my seat let alone stay in it.  An electrifying, sensational, spine tingling show a that that really kept me in the moment especially. Vocals, performance, love to the fans. Marc Anthony was on fire. The energy in the arena? Incredible – Thank you March Anthony for a wonderful show! 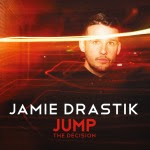